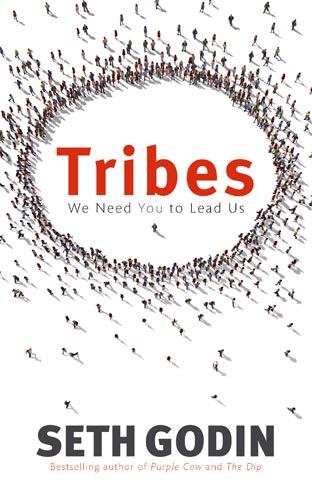 I have just finished Seth Godin’s, Tribes, and it was powerful. The book is a realistic power book about leadership that is inspiring and motivating. To get the meaning of the book one must understand what a tribe is, “A tribe is a group of people connected to one another, connected to a leader, and connected to an idea.” That sounds so simple and it actually is but many things get in the way when it comes to leadership. Godin uses the book as a collection of sections of successful leaders from a diverse background of business, organization, etc. to bring light to what a successful tribe, a.k.a. organization, should be or become.

My favorite part of the book was “Long, Strange Trip” and the tribe of Grateful Dead, or to some the tribe of Jerry Garcia. Wow, I was first introduced to this band in high school and had the privilege to see them in concert one time in Chapel Hill, N.C. This band, through the leadership of Jerry Garcia, were tribal and made over $100 million during their career. Some may not have liked the way they came into their town, with thousands of followers bringing drugs and their own homemade merchandise, but they also brought thousands and thousands of people to their venues which impacted the economy in the towns and cities. Their success rested not on the records sells but by “attracting and leading a tribe,” who belonged to them. As Godin writes, “One of the most powerful of our survival mechanisms is to be a part of a tribe, to contribute to (and take from) a group of likeminded people.” The Dead Head was a member of their tribe and they knew things like “2-13-70”, had dancing bear stickers on their cars, with all the love and hugs, smiles and no-violence at concerts. The Dead Head’s way of life was pretty cool and many still live as true Dead Heads.

As I stated in my opening paragraph, Tribes is about leadership but a different type of leadership. Godin takes leadership on a training. He challenges the old leadership to reinvent itself or give birth to another type of leadership that can lead in a global market and is born out of the web where there are millions of tribes for one to belong. He introduces the concept of the global tribes who can range from politics, gardening, gamers, etc. Godin’s conceptual framework of his book is lending to a leader can be anyone as long as they can lead, even giving this leaders a name of heretic.” He suggests heretics use to be taboo and someone that condemned and burned at the stake but into today’s diverse and global world heretics are those that are “engaged and passionate, and more powerful and happier than everyone else. Furthermore, he explains, “And they have a tribe that they support (and supports them in turn).”

Now on faith. This is a main concept to the book and it can be seen as overkill or just right. Godin suggest the faith component of leadership has been missing and deeply underrated. I like this myself. His statement “The only thing holding you back from becoming the kind of person who changes thinks is lack of faith. That is true and somewhat tribal if you believe in such a concept and I do. Just reading it for myself makes me think of the 12 tribes of Israel in the bible and the many leaders we read about or have heard about from childhood until old age. All the tribes had one thing in common, Faith.

In closing and of particular importance is Godin’s seven elements of a new leader which include:

“Leaders communicate their vision of the future

“Leaders connect their followers to one another.

I would recommend this book to my colleagues and even a training to my employer for professional development. I believe this book could be used in religious settings, academics, and matter of fact in any trade that has involves a group of people looking for leadership.